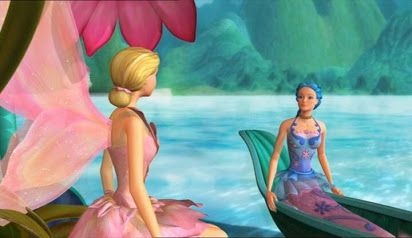 Nori tells Elina that she is looking for the oracle, Delphine; the merfairies, who know where she is, tell Elina to meet the ferry guide to find Delphine. Elina and Nori race to the fairy ferry, run by a giant sea-snail named Shellie. Elina eventually figures out that Shellie is really Delphine.

Delphine tells them that to find Nalu, they must brave the Depths of Despair and seek out the Mirror of the Mist.